On December 27, I flew to Mexico City with my dad and brother Adam for a six-day vacation, and we fit a lot of great experiences in! Here are a few photos: 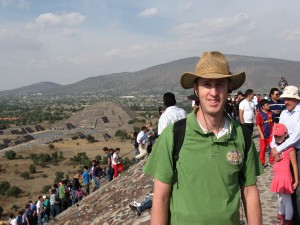 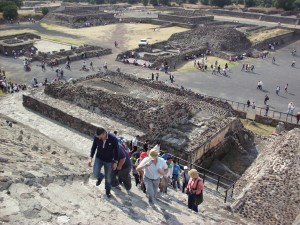 –> walking up the steep stairs up the Pyramid of the Sun. 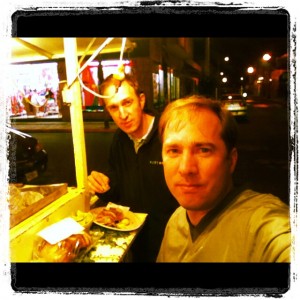 <– Adam and I at a taco stand in Amecameca. We LOVE the atmosphere in Mexico and enjoyed walking around downtown at night.

–> Inside the Amecameca cathedral. With two 17,000’+ volcanoes towering over the city, think of Amecameca as Mecca for alpine pilgrims. 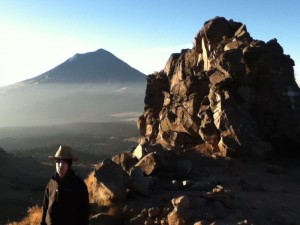 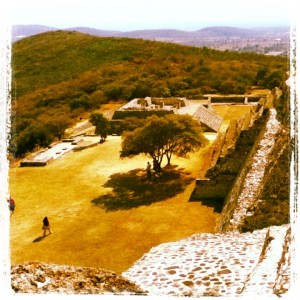 <– We left the trailhead at 5:22 a.m. and 13,000′ feet above sea level. An hour or two later, the sun rose and showed Popo behind us as we made our way up the steep, rocky trail up Iztaccihuatl. The Popo half of this national park is closed since it’s an active volcano. It had a major eruption a month earlier. I was kinda wishing we’d get to witness that again!
Adam flew home the day after our Izta hike (he made it above 16,000′, I made it to 15,500′, and dad made it to 14,800′). Dad and I then headed south to Cuernavaca where Dad would take a 2-week Spanish immersion class.
–> On New Year’s Eve, Dad and I visited Xochicalco (try saying that three times fast!) which rose about the time Teotihuacan fell (700 AD). 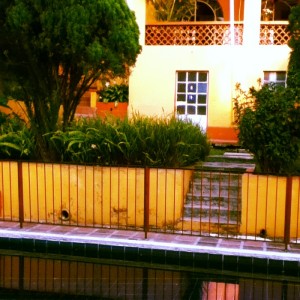 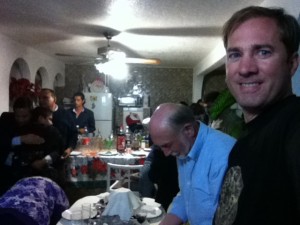 We went to mass next to a 600 year old cathedral and welcomed in 2012 with the family of the pension owner where we stayed. Great people! All very nice. ^ note the Mayan calendar t-shirt.

I caught the bus back up to the DF and flew home the next day.